Polycystic Ovarian Syndrome (PCOS) is a most common endocrine disorder found in women of reproductive age group. The fertility problems experienced by women diagnosed with PCOS may be related to elevated hormone and insulin levels which interfere with implantation and development of embryo. 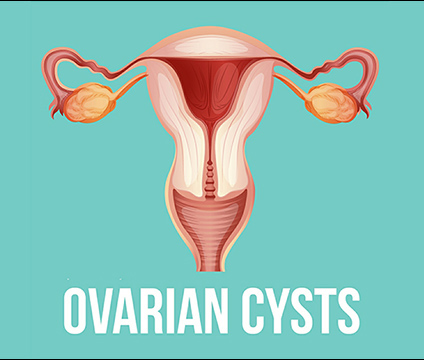 It is a condition which involves formation of cysts in the ovaries. Cysts prevent the ovaries to function normally.

Conceptual Reference of PCOS in Ayurveda

In Ayurveda, majority of gynaecological disorders have been described under Yonivyapada. According to Ayurveda, gynaecological disorders are mainly supposed to be due to the vitiation of Vata dosha. This is a Vata disorder (Apana Vayu) though the involvement of other doshas are also there. PCOS is a disorder involving Pitta, Kapha, Medas, Ambhuvahasrotas and Artava dhatu along with Vata dosha. It is also caused due to excessive intake of Kapha vitiation foods and vitiation of agni also takes place.

Herbs for the Treatment of PCOS

The bark of kanchnaar is beneficial in PCOS and weight gain. The main action of kanchaar is to balance all the three doshas and it helps in restricting the growth of benign as well as malignant tumors. Kanchnaar is also effective in dissolving cysts as well. The bark of this tree is useful in removing blockages, lymphatic channels, ovarian cysts, uterine fibroids, goitre etc. It also detoxifies the body.

Turmeric is an effective natural supplement for PCOS. It has wide range of medicinal properties. Turmeric contains an active component known as curcumin which is known to have anti-inflammatory property. It also improves insulin sensitivity, detoxifies female reproductive system, and acts as anti-inflammatory herb as well.

Shatavari is an excellent herb for all gynaecological disorders. In PCOS, it balances the hormones, maintains HPO-axis and ovarian plexus. Being coolant in nature, it balances Pitta dosha. It helps in improving insulin sensitivity due to its anti-diabetic properties. As shatavari is a rich source of Vitamins A, B1, B2, folic acid and minerals such as magnesium, calcium, phosphorus etc. These vitamins and minerals make this herb a perfect anti-oxidant. Regular use of shatavari helps in enhancing fertility as well.

Lodhra herb is a rich source of compounds known as flavonol glycosides. All parts of this plant like roots, bark, leaves and stem are used for medicinal purposes but most useful part of this plant is the stem as it is a rich source of glycosides. These glycosides are highly effective in female reproductive disorders. It also regulates hormones and improves fertility. It decreases the production of male hormone testosterone and increases the levels of female hormones in females suffering from PCOS. This action of lodhra helps in the maturation and release of ovum which otherwise gets compromised due to hormonal imbalance.

The dried roots of Ashwagandha is a perfect remedy to control mood swings caused due to hormonal imbalance. Ashwagandha acts as an adaptogen which helps to combat stress. In Ayurveda, it is considered as a Rasayana (rejuvenating agent). Due to its anti-inflammatory properties, it is used in all inflammatory disorders.

Guggul is a gum resin which is obtained from the bark of Commiphora mukul. It is a well- known medicine for Vata disorders. Guggul is known to remove Ama (endotoxins) from the body. It maintains healthy circulation and removes the excess fat, regularizes fat metabolism, it’s assimilation and deposition. It reduces fat naturally and helpful in treating PCOS as well.

This article is not a substitute to the standard Medical Diagnosis or personalized Ayurvedic Treatment! It is intended only for Information!

For experts consultation, please write us at care@blessayurveda.com or click here to book appointment to consult online.