The ovaries are the organs of female reproductive system. These are located on each side of the uterus. Ovaries are almond shaped and every month during ovulation, an egg or ovum is released from an ovary. Ovarian cancer begins when the cells in the ovary begin to change due to their uncontrolled growth and eventually form a tumor. These tumors can be benign or malignant. Among all types cancers of female reproductive system, ovarian cancer has the second highest rate.

There are few and non-specific symptoms of ovarian cancer that are generally misunderstood. These are: 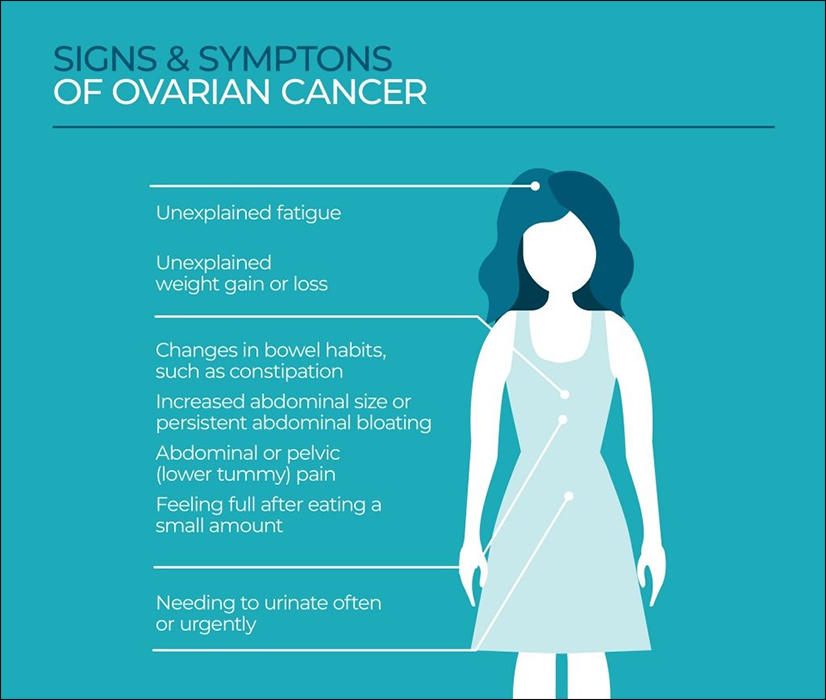 Certain tests such as pelvic examination, blood tests and imaging tests such as ultrasound or CT scan of abdomen are done to determine the size, shape and structure of the ovaries.

How Ayurveda can help?

A wide range of medicinal plants manifest their therapeutic potential for the treatment of ovarian cancer. In Ayurveda, cancer is described as inflammatory or non-inflammatory swelling and mentioned as either Granthi (minor neoplasm) or Arbuda (major neoplasm). Ovarian cancer is a result of the imbalance of all the three doshas (Vata, Pitta and Kapha) with the major involvement of Kapha dosha.

Herbs that are Useful in Ovarian Cancer

The bark of Ashoka tree is used as a medicine due to its numberless pharmacological effects. It improves ovarian functions and considered as anti-cancer, anti-inflammatory, mild estrogenic, anti-oxidant and muscle relaxant.

Curcumin is an Indian spice which has been consumed as a dietary supplement for centuries. It has anti-inflammatory, anti-cancer and anti-oxidant properties. It has shown promise both as chemoprotective agent as well as a novel adjuvant treatment for ovarian cancer. As a natural remedy, curcumin is non-toxic as well as diversified in its inhibitory effects against ovarian cancer.

Mustak is commonly known as ‘Nut Grass’. It is mainly used in the treatment of the symptoms of ovarian cancer such as loss of appetite, diarrhoea, digestion of ‘ama’ as it helps in indigestion, dysentery, gastroenteritis, weight loss associated with ovarian cancer.

The root of shatavari is used medicinally. The roots consist of various phytochemicals which block various metabolic pathways that are associated with the development of ovarian cancer. They regulate cell proliferation and the products of apoptotic gene products. Moreover, the roots are rich in secondary metabolites such as steroidal saponins which exhibit cytotoxic activity.

The roots of ashwagandha plant has anti-tumorigenic properties. Ashwagandha holds the most prominent place among all ayurvedic ‘Rasayana’ herbs. It is a potent and adaptogen herb used in the treatment of ovarian cancer due to its free radical scavenging properties. In addition to this, ashwagandha prevents the growth and multiplication of cancer cells to the other parts of the body. Its leaves also show anti-cancer activity which work by controlling the growth of cancer cells.

Guduchi is commonly known as ‘Giloy’ and this plant is of great significance in Ayurveda due to its anti-neoplastic activities. It is used in the treatment of ovarian cancer due to its cytotoxic effect. The cytotoxic effect of giloy is due to its ability to stimulate free radical formation and DNA damage in tumor cells.

Thus, ayurvedic medicinal plants rejuvenates the body tissues, tone up the reproductive organs and act as a tonic for the body to fight against ovarian cancer without causing any side effects.

Surgery, radiation and chemotherapy are the standard methods for the treatment of ovarian cancer but they are associated with severe side effects such as nausea, anaemia, vomiting, loss of hair and even the development of secondary cancers. Thus, ayurvedic treatment is a safer treatment to modern and conventional treatment to prevent recurrence, improve the quality of life and the overall health of the patient.

This article is not a substitute to the standard Medical Diagnosis or personalized Ayurvedic Treatment! It is intended only for Information!

For experts consultation, please write us at care@blessayurveda.com or click here to book appointment to consult online.